Benmore shopping centre has changed so much since I moved here and is currently going through another revamp. It offers all the convenient shops such as Woolworths, Pick n’ Pay, Dischem, CnA, Fournos Bakery, a Post Office, Posnet and some of the main banks; Absa, Nedbank, Standard Bank and FNB. 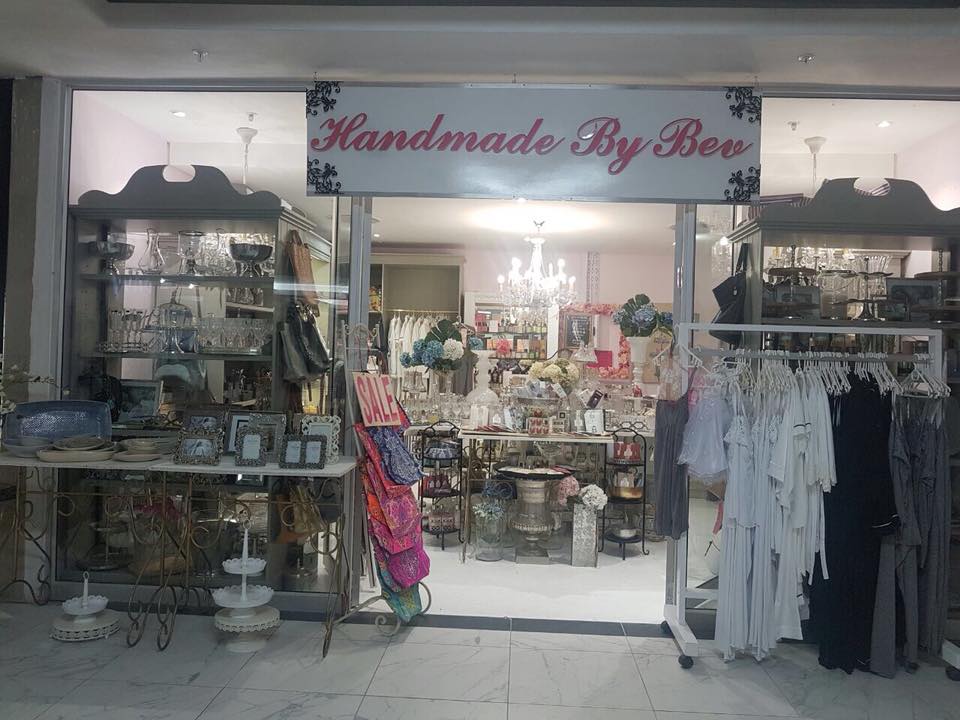 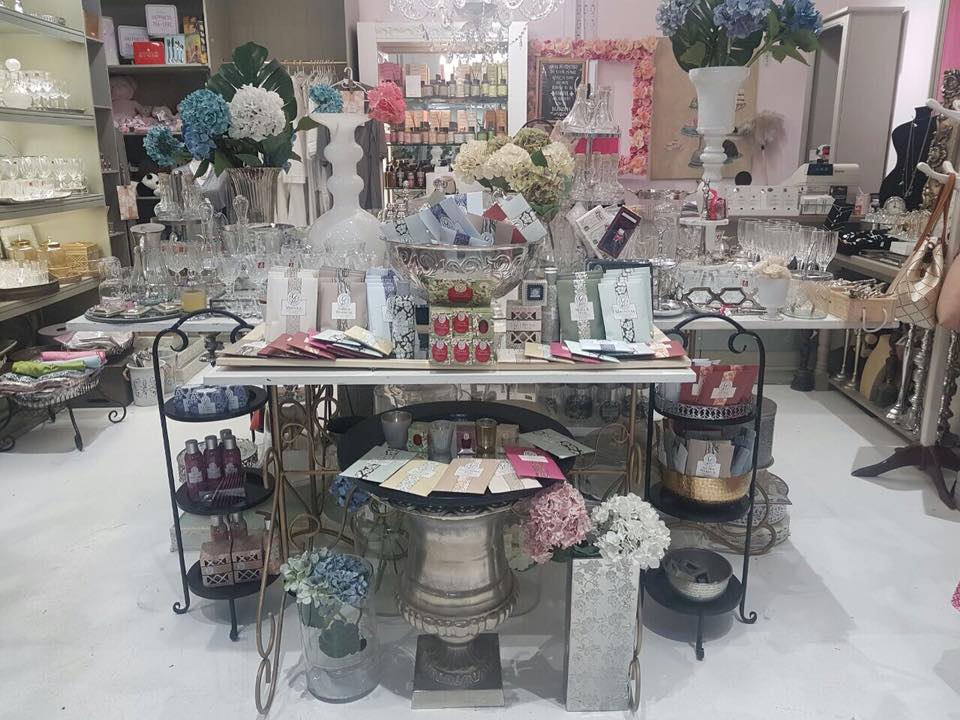 It is very busy at lunchtimes which can be a pain trying to park or even get out of the centre, especially on Fridays when the restaurants are very busy. Parking is only free for the first 30 minutes unless you are shopping at Pick n’Pay where you can get your slip stamped and make use of the free parking. 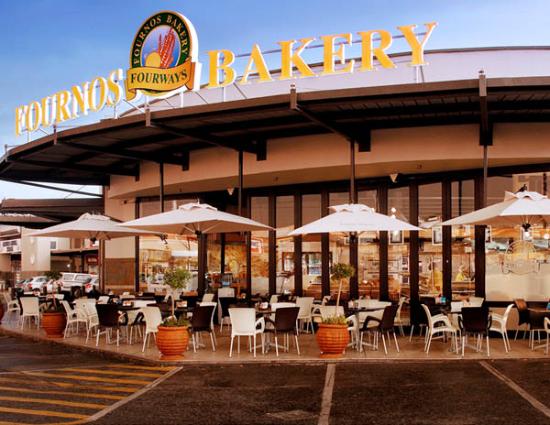 The Blubird shopping centre in the Northern Suburbs has just gone through a huge renovation to include a Checkers supermarket and more parking which opened in November 2017.  It has more of an outdoor feel than a large enclosed mall with free parking for up to 4 hours.

It is very popular with its locals coming for their weekly nail and hair appointments at the Nail & Body Lab, with the lovely friendly staff. 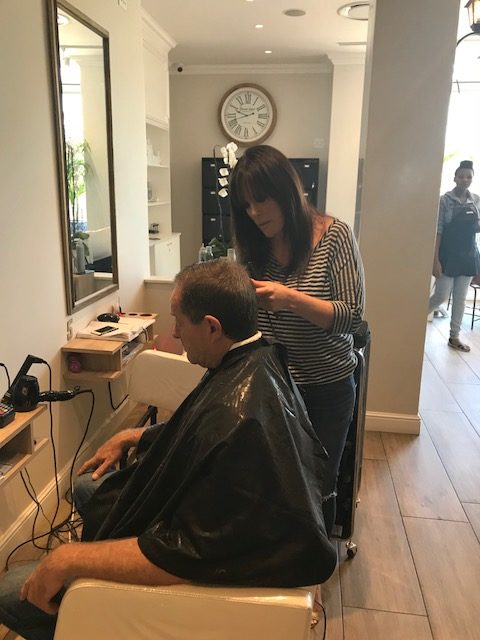 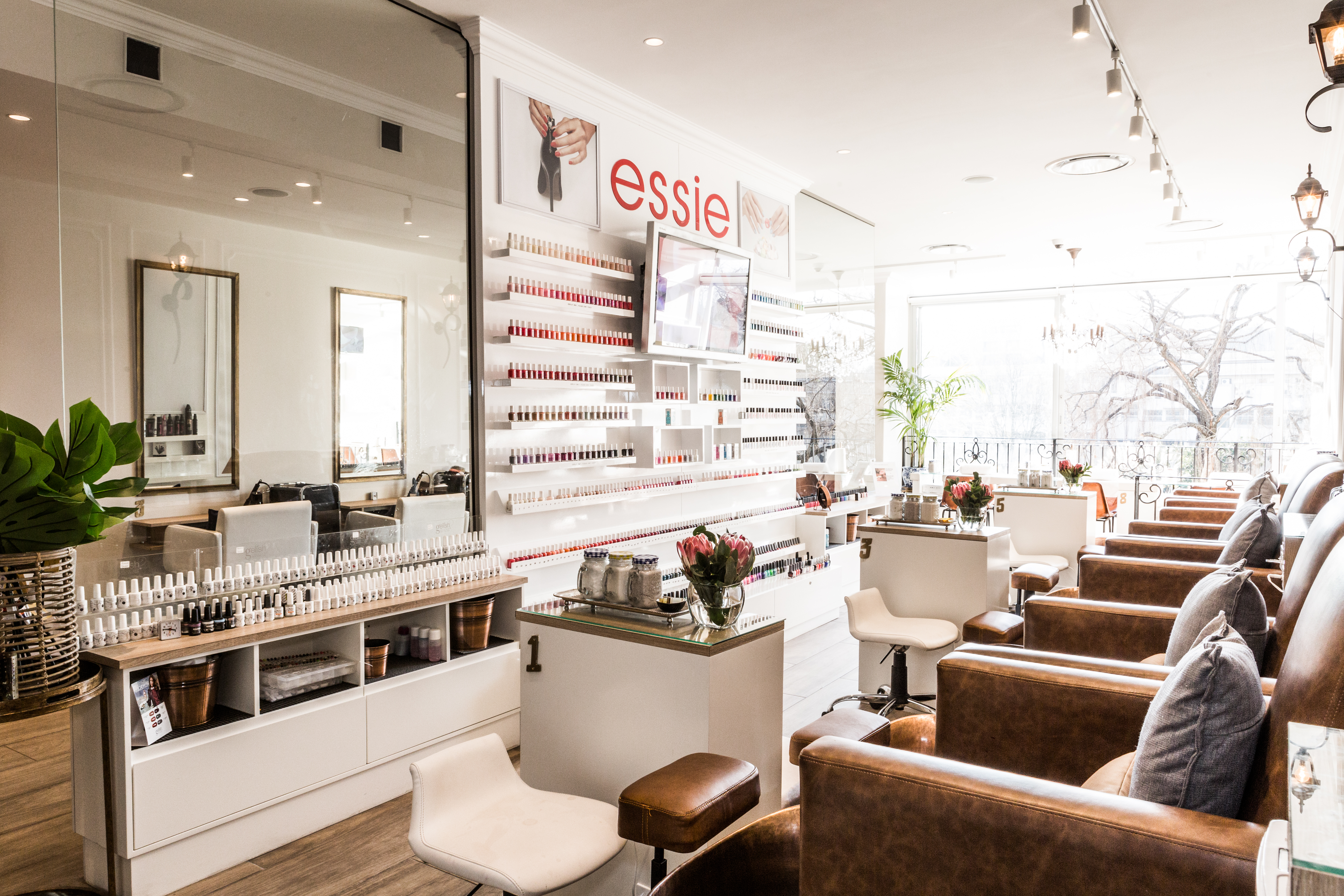 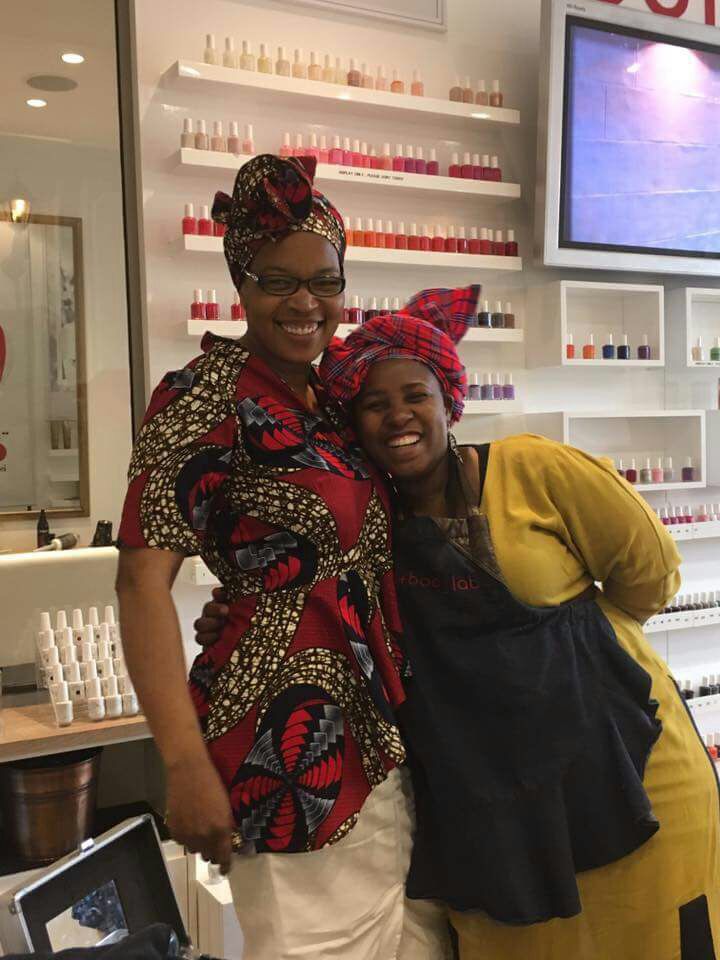 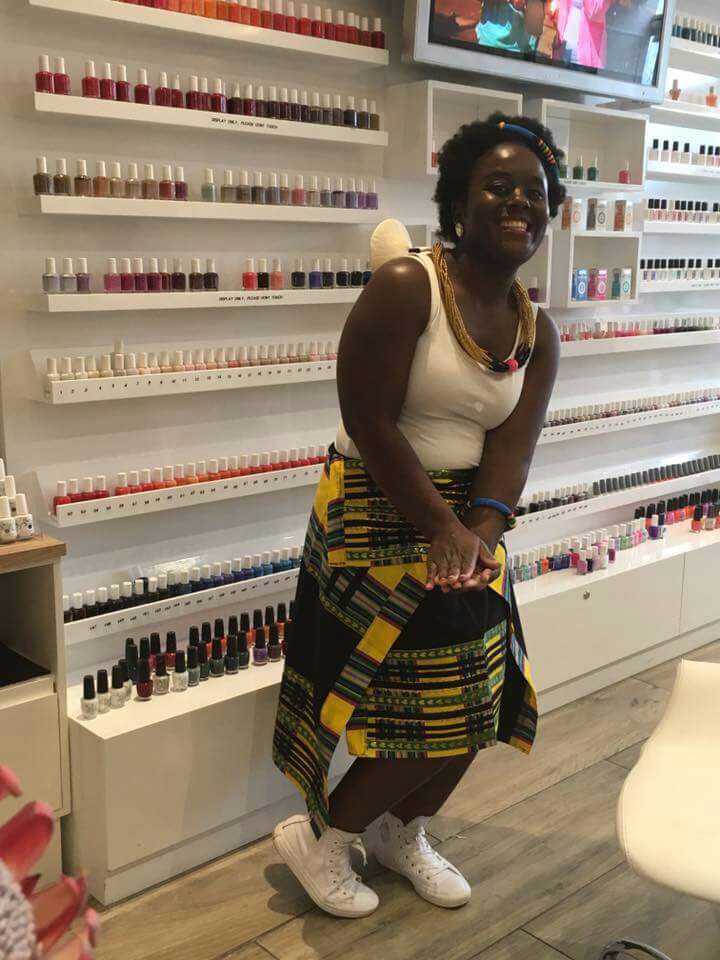 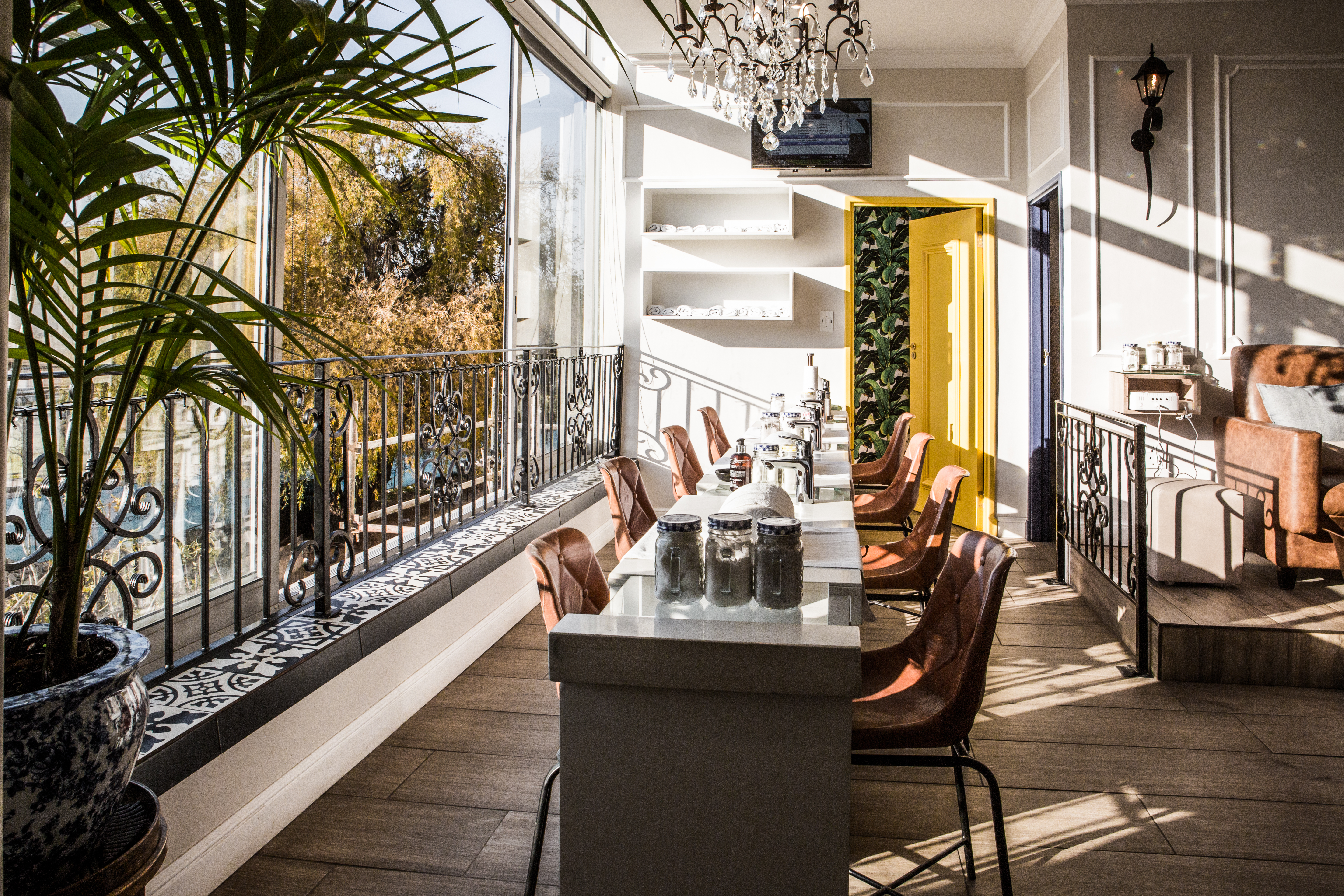 Breakfast and lunches at Cafe Simo.  www.cafesimo.co.za with the cheerful helpful staff. 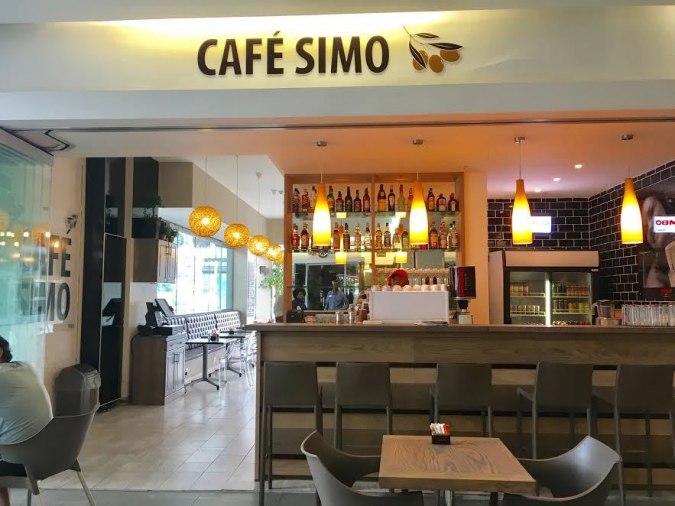 There is a lovely home decor shop called Room run by my friends Brendon & Maj. www.roomsa.co.za or contact number: 0114407976. 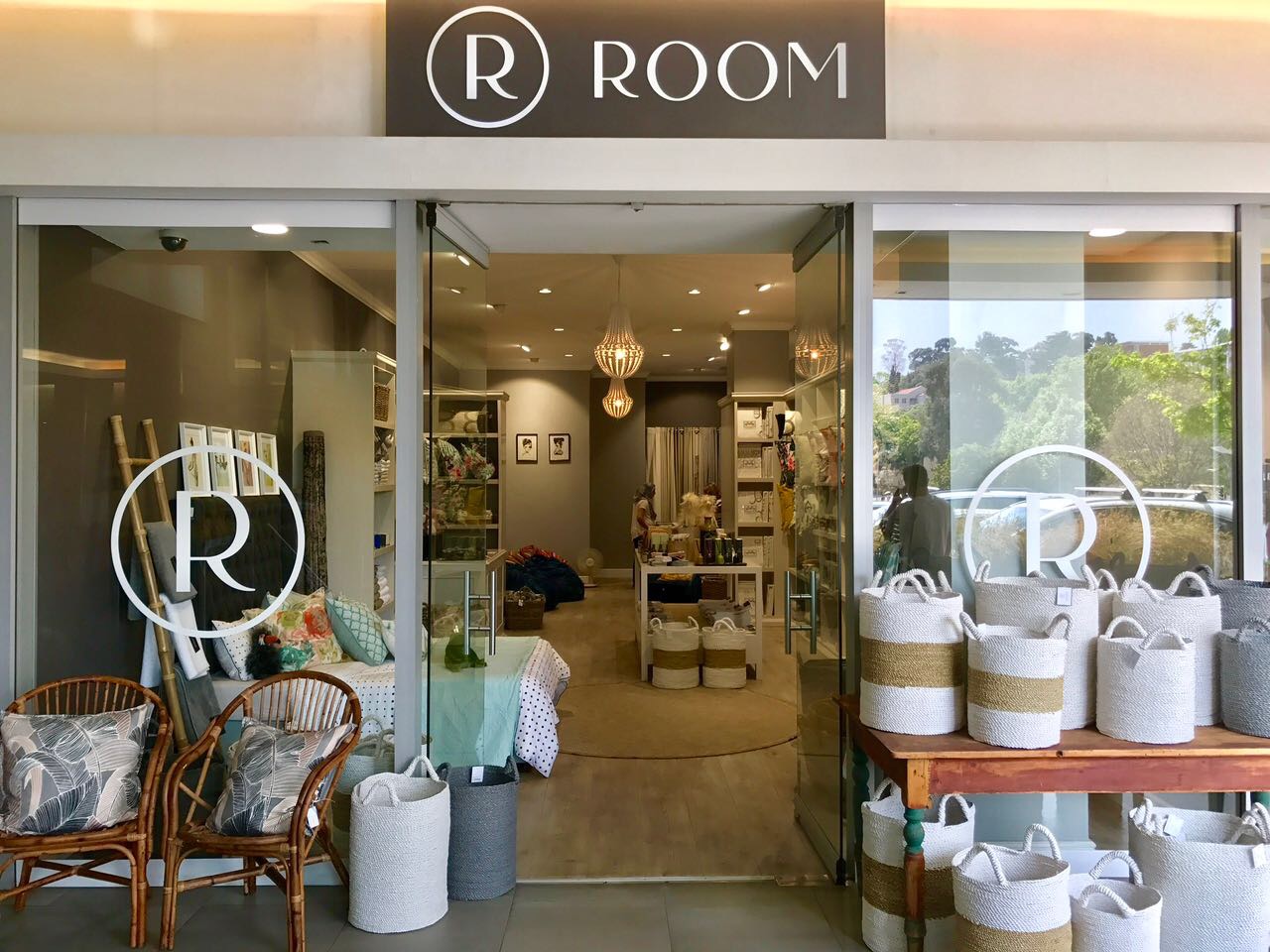 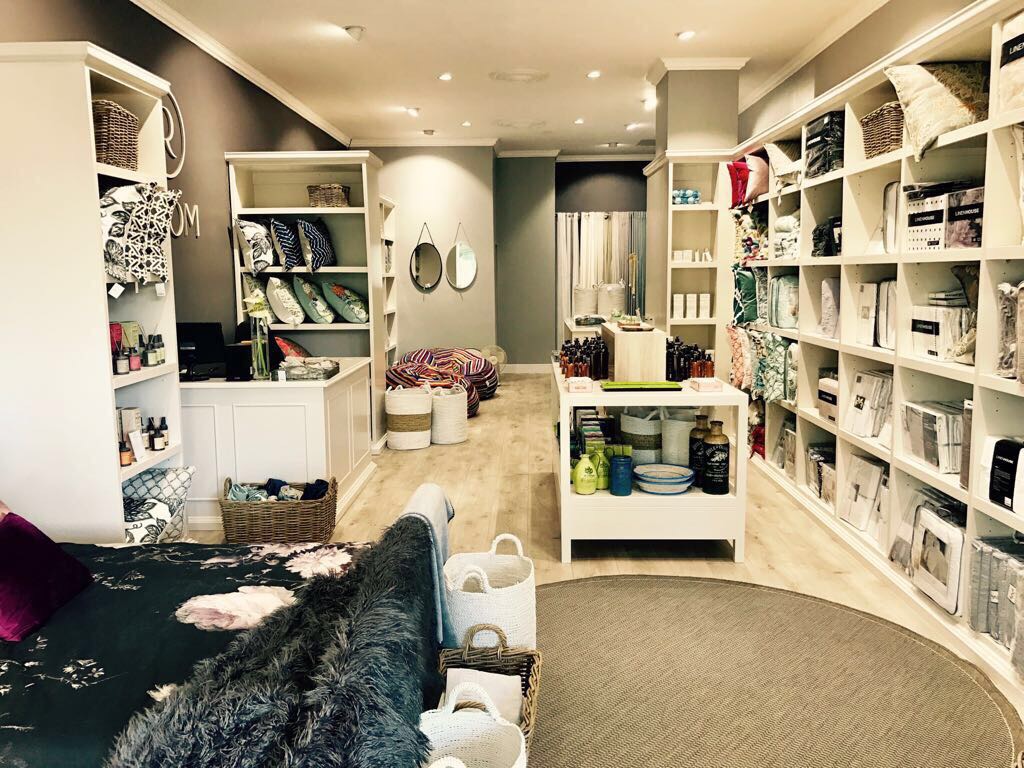 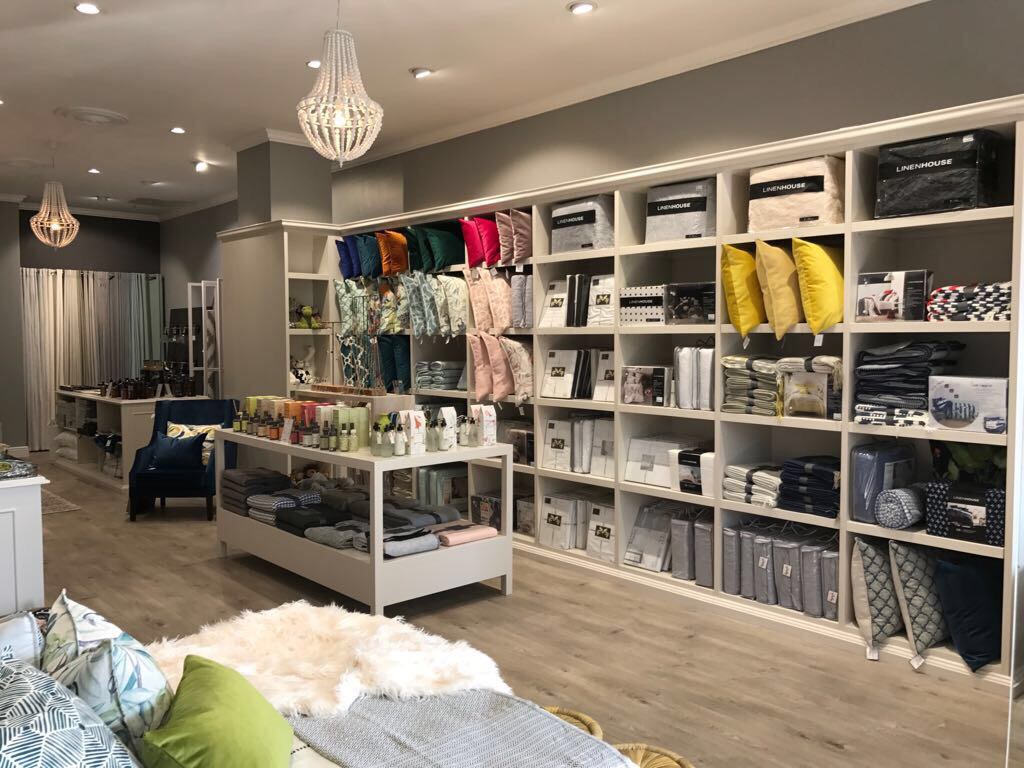 The centre also has a Woolworths, Dischem, as well as Col Cacchio and other well known restaurants on the upper level.  There are no banks at the Blubird only cash machines.  ABSA, Nedbank & Standard Bank.

Dunkeld West is a very 70’s looking centre, but has some great  shops including a butchers, fishmongers called the Fisherman’s Deli which sells fabulous fish! 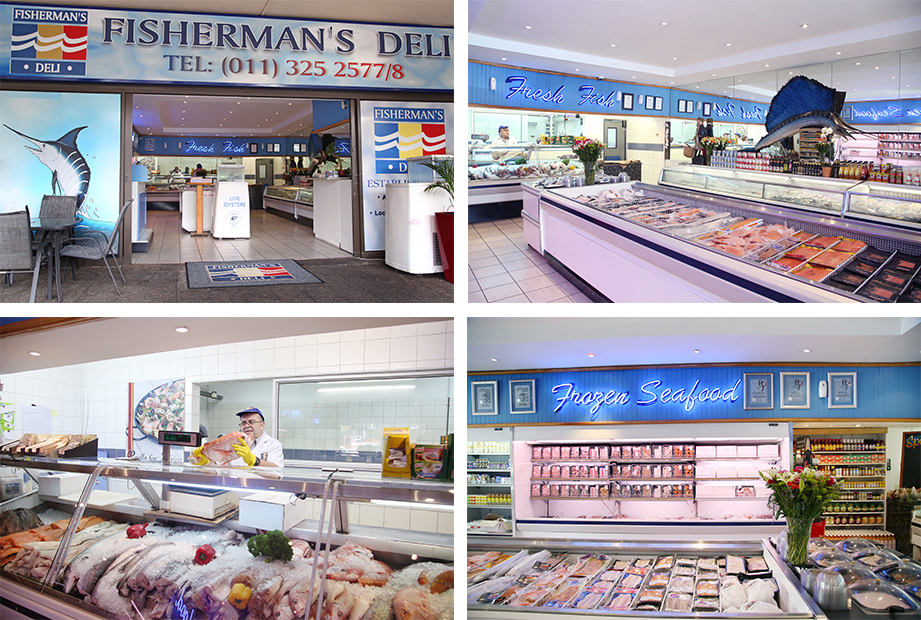 Also a great fruit, veg and flower shop and a Fournos Bakery.  It’s also home to DW 11 – 13 which is the only Johannesburg restaurant which features every year in the Top 10 restaurants in SA.

Across William Nicol from Fourways Mall is Fourways crossing.  This is an outdoor shopping mall around a large car park.  The “destination” shops here are a large Sportsman’s Warehouse for any type of sporting good you might need, Toys r Us and a new Mr Price Sport.  There is also a branch of the uniform shop McCullagh & Bothwell which stocks the uniform for many of the northern schools. Other stores there include a wide variety of electronics stores, shoe shops, stationers (including an Art Shop), and most other places you might need including a large Pick n Pay.  Just next door is a large Builders Warehouse, and that mecca for everyone (ha ha) Plasticland (bizarrely useful!)

This mall is going through a major revamp right now, I have never seen so many cranes in my life.  It will eventually be connected to the Cedar Square Shopping centre and I think will be on a par with mall of Africa which at present is one of the biggest malls in Africa.  Traffic in this area is a nightmare at the moment!

The only reason I go is to take my children to Bounce which is a massive indoor trampoline park that provides an adrenaline rush for all ages. 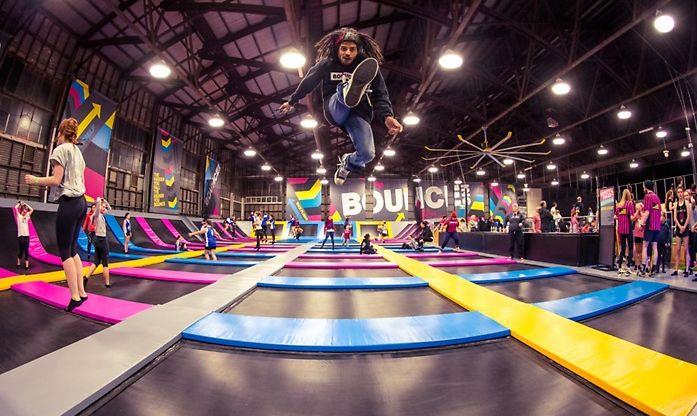 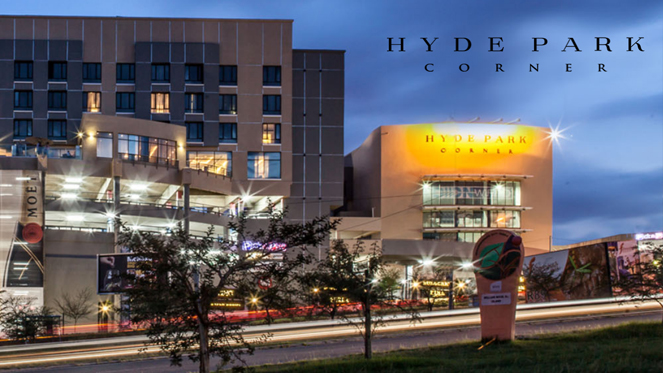 Hyde Park is a very chic mall with lots of very expensive shops, but it does have a Pick N Pay,  Woolworths, CNA etc. There is a Numetro cinema and some lovely restaurants including So Yum and a French styled Tasha’s called Le Parc. The Exclusive Books has a Seattle Coffee section.

The Illovo Centre is a collection of restaurants and shops. The biggest attraction is Thrupps which is described locally as the equivalent of Harrods (it shares the same colours!) It is a very upmarket deli/supermarket. 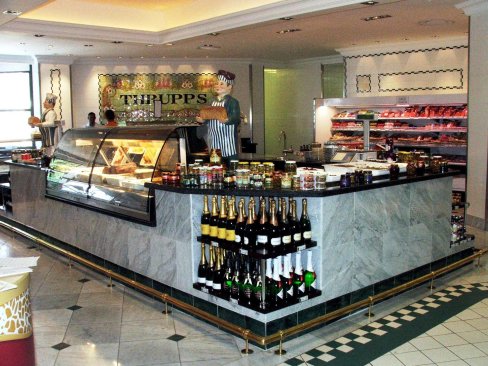 It also has a really good musical instrument shop, where they do bow rehairing and other musical instrument maintenance etc. Restaurants include the Fishmonger, Turn and Tender,  Rabbit in the Moon and Beefcakes – a fun, very camp burger joint with regular variety acts. 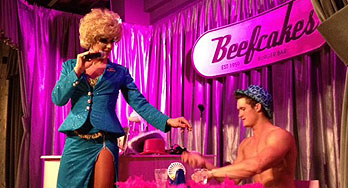 The Mall of Africa – www.mallofafrica.co.za

Mall of Africa is a shopping mall located in Waterfall City, Midrand, Gauteng. It is the largest single phase shopping mall to be built in Africa and is home to over 300 shops, many of which are flagship stores. In addition to a vast array of both local and international brands, the Mall also boats uniquely identified court areas made for easy shopping navigation. It is very convenient if you live a little further out in the big estates such as Waterfall, or Dainfern.

When I first arrived in SA, Morningside shopping centre was a tiny little row of shops and then they flattened them to build what is now a very popular lunchtime and evening restaurant haunt.  There are lots of great places especially Tasha’s, Pomodoro and the Green Peppercorn.  My friend said going to Signature restaurant was like being on the Titanic!!  Downstairs there is a large Pick n’ Pay.   S.W.E.A.T 1000 studio is located on the ground floor which is a full on hours fitness session not for the faint hearted!!  The first hour of parking is free.

Nicolway is in Bryanston, on William Nicol near the N1 junction.  It’s quite a swanky mall with most of the shops being high end.  Personally I don’t find it the most practical mall for general clothes/present type shopping but it is a great destination mall and has fantastic food stores and restaurants.

Nicolway has probably the largest Woolworths Food store in Johannesburg.  It has a fishmongers, a butchers and a bakery as well as a café.  Directly below it (literally not figuratively) is a reasonably sized Checkers, and at the other end of the mall is a large Food Lovers Market, which has everything you could imagine including a sushi counter! There is also a large Dischem.

There are lots of restaurants at Nicolway including a Tasha’s which is always busy and many which are open into the evening. 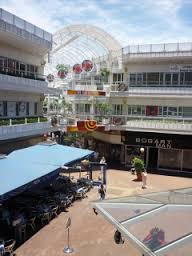 Rosebank has been undergoing a massive renovation. If you live in the Parks area it’s the most useful mall in the area. It is opposite the Gautrain and has all the shops that you need including Pick N Pay, Woolworths, Game, Clicks, lots of fashion shops, framing shops, Jetline Printers. There is a Sterkinekor cinema and a Cinema Nouveau which shows more arty films. The Firs is a new development which has lots of lovely restaurants next to the Grillhouse and Katzy’s bar/club.

There is a fabulous market which is open every Sunday from 9am – 4pm and is a true expression of South Africa’s vibrancy and dynamism as well as a selection of craft stalls, live music, kids entertainment and gourmet food traders. 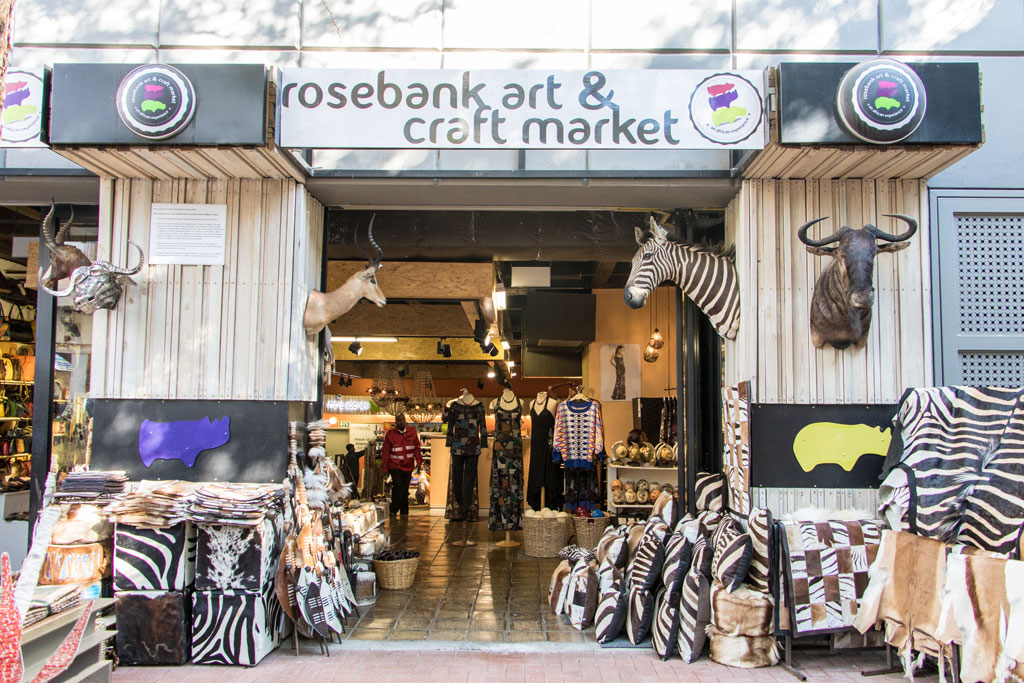 Sandton City is one of the largest malls in Africa with lots of international brands including Zara, H&M, Topshop, River Island, Poetry and many more.  There is a very large Woolworths (which if you are from the UK is so similar to Marks & Spencer) with a food store and clothing department.  There are lots of food options from fast food chains Nandos, Kauai, Krunch, Steers, Thai, Sushi and Chinese to the more upmarket restaurants in Nelson Mandela Square where you can see the famous statue of Nelson Mandela. 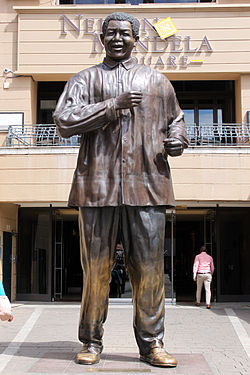 There is a cinema area which is run by ster-kinekor which always has the latest films available.  Take lots of notice when you are parking if you want to ever find your car again! It is incredibly big and can feel a bit overwhelming.