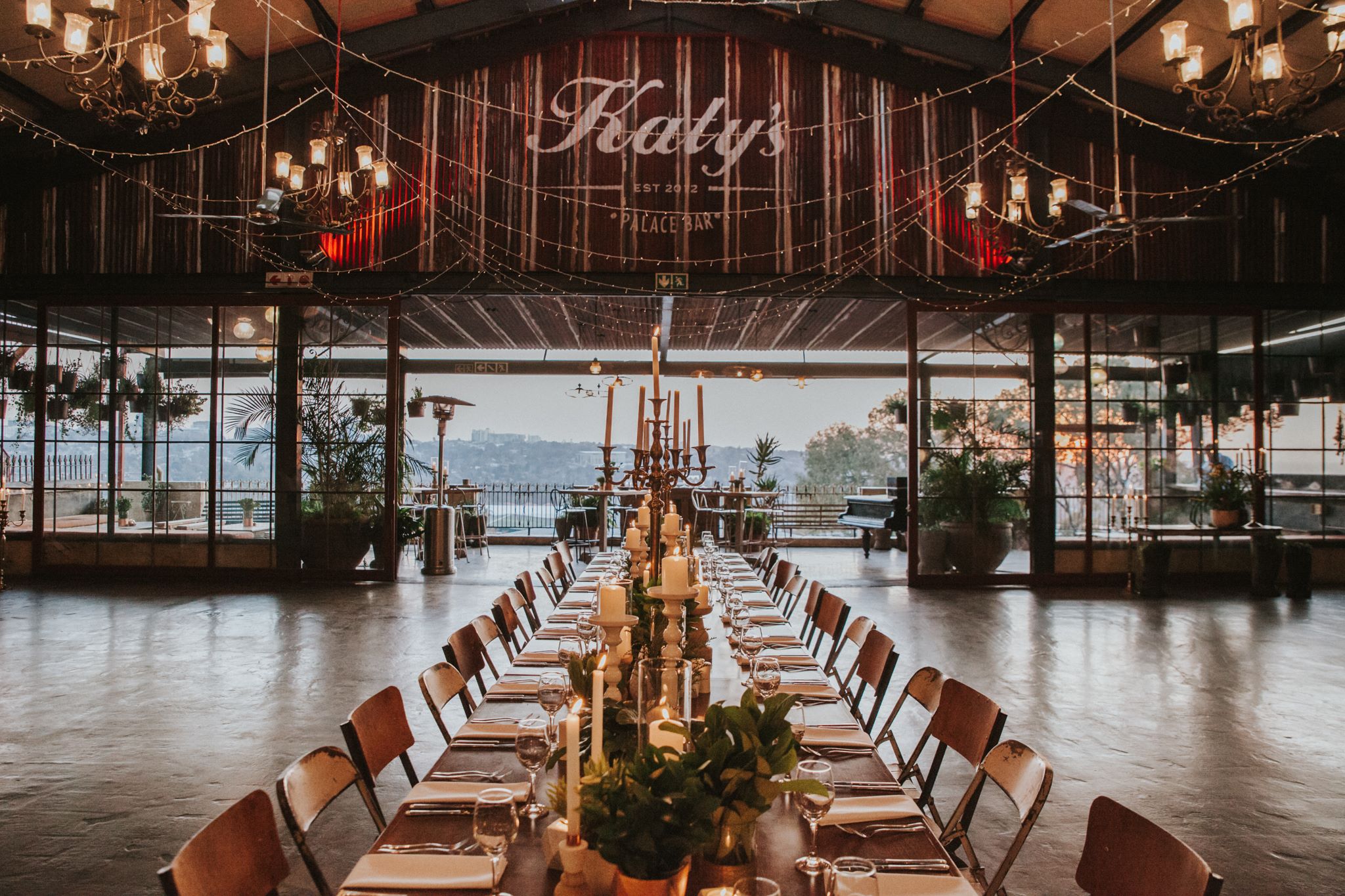 Johannesburg is a vibrant city and a great place to live, allowing most expats more space and a higher standard of living than they’re used to (especially if relocating from the UK). However, if you are thinking of moving here, you will need to make sure that your work package will allow you to live in a safe area with all the security measures. You can get an idea of the cost of properties on the websites listed below.

Domestic Workers
When we first arrived in Johannesburg and I was shown houses with maids quarters I was horrified. The thought of becoming a white person with a black maid (I hate that word!) seemed like an awful outdated, colonial cliche. However, when I began to understand the level of unemployment in SA and the fact that if I didn’t employ someone they wouldn’t have a job or in some cases a home, I began to feel differently.

Having someone work for you in your home (whether they live-in or not) obviously means you have to trust them completely. There are agencies you can go to, but word of mouth is probably the best way to find someone trustworthy and reliable. The fact that ‘help’ is so reasonable and widely available in Johannesburg is one of the advantages of living here, but it also involves a duty of care and if you want your family and your property to be safe, please be aware of the different circumstances that your staff live in compared to their place of work. Be kind, offer lifts when needed, don’t throw things away that could be offered to your staff, e.g clothes and food etc.

As with any job it’s important to be clear from the start about hours, duties, holidays etc.  There are laws governing domestic workers just like all other workers here.  These cover things like minimum wage (ridiculously low), notice periods and most other information you would expect.

On top of monthly wages, there is a discretionary 13th month cheque (bonus) which is given at Christmas time which is an extra month’s salary.

Getting around Johannesburg & Sandton

The geography of Johannesburg can take some time to get used to. Everything used to be centered around the CBD, but since the end of apartheid this almost became a no-go area and lots of business’s have moved to Sandton, which is just north of the nice suburbs north of the CBD. (It’s important to note that Parktown is part of the CBD and not part of The Parks residential area unlike Parktown North.)

The result is that there are two business areas, downtown Johannesburg and Sandton, which is where most of the banks have moved to. There are lots of smaller neighbourhood’s divided between the major thoroughfares.

Pros of Living in Johannesburg 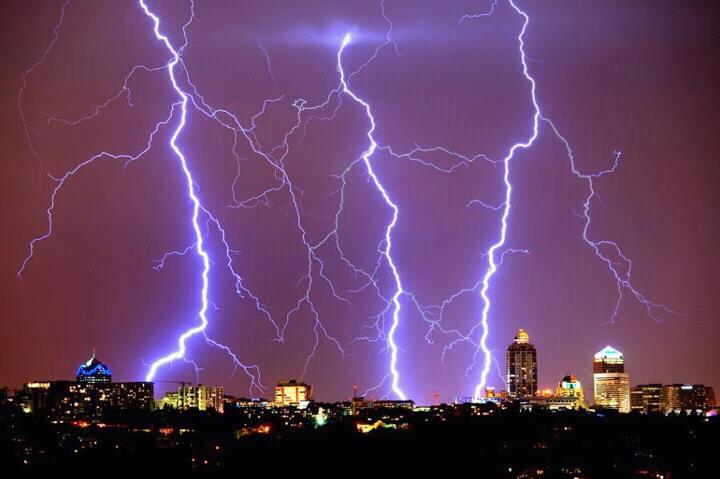 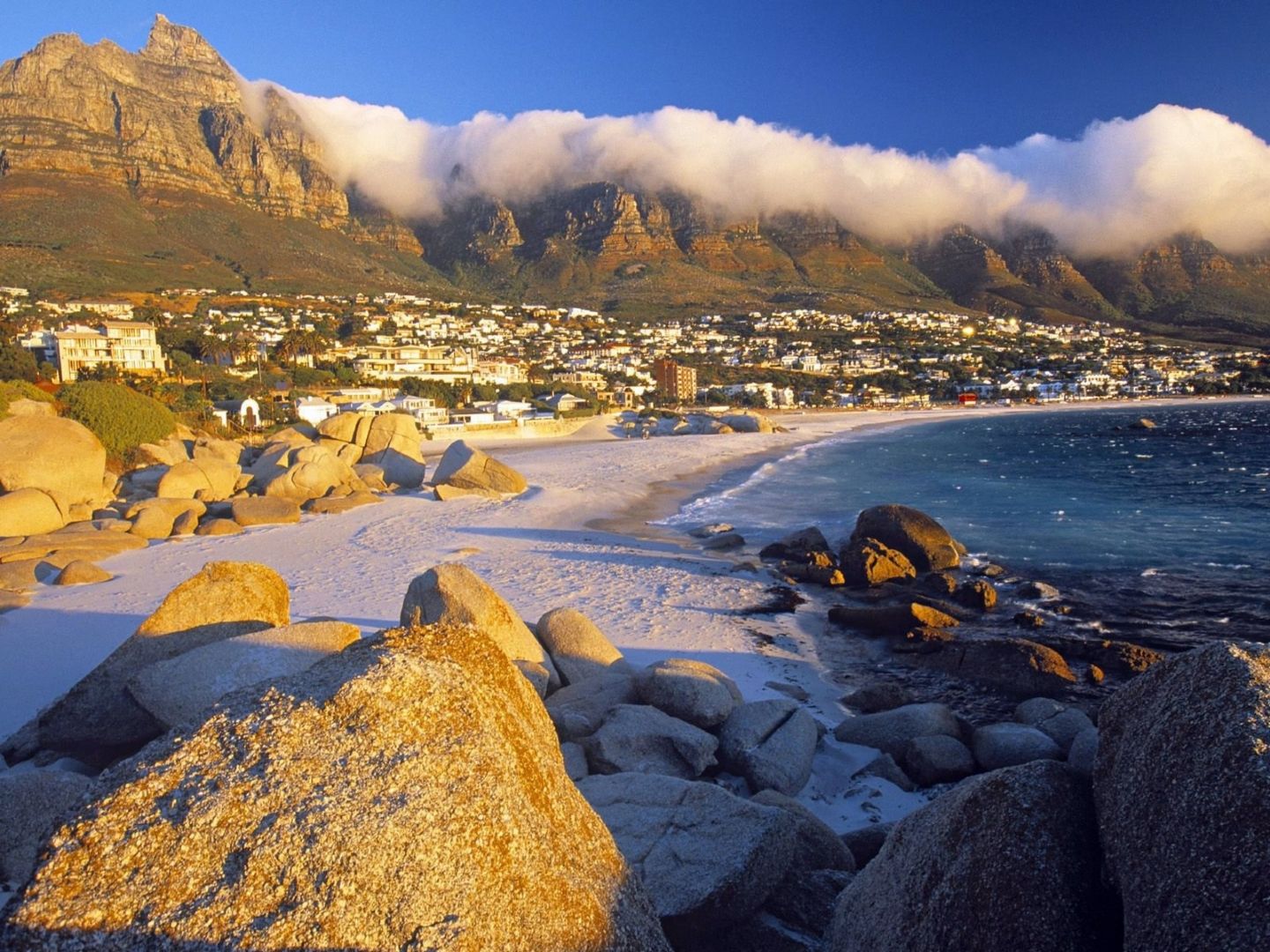 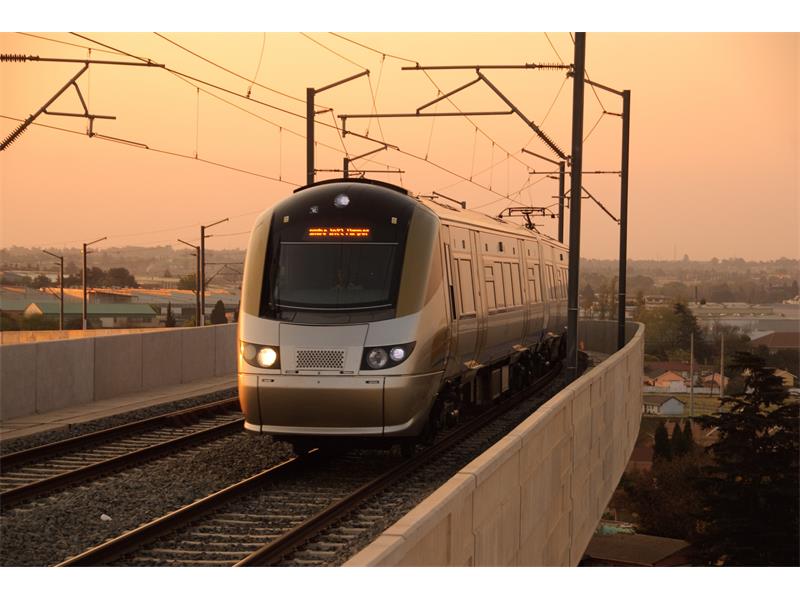 Cons of living in Johannesburg 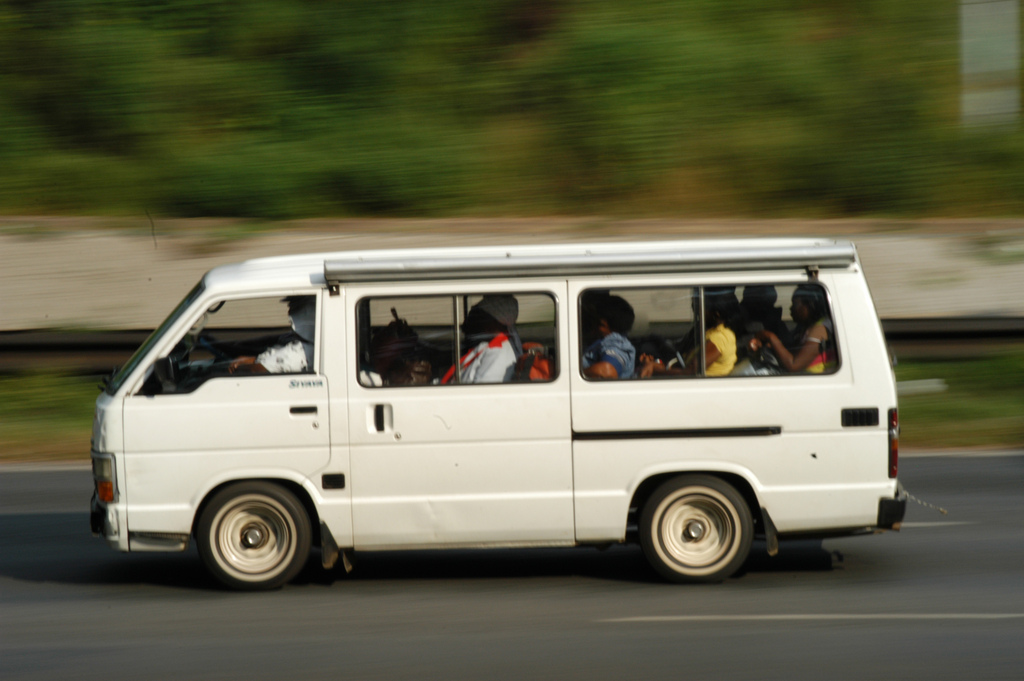 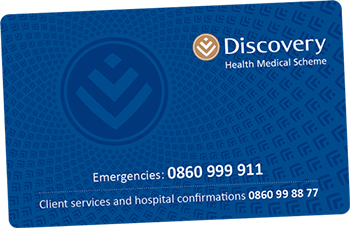 There are some great websites which list events and restaurants in Johannesburg and places in the CBD that have been regenerated and are safe to go to. 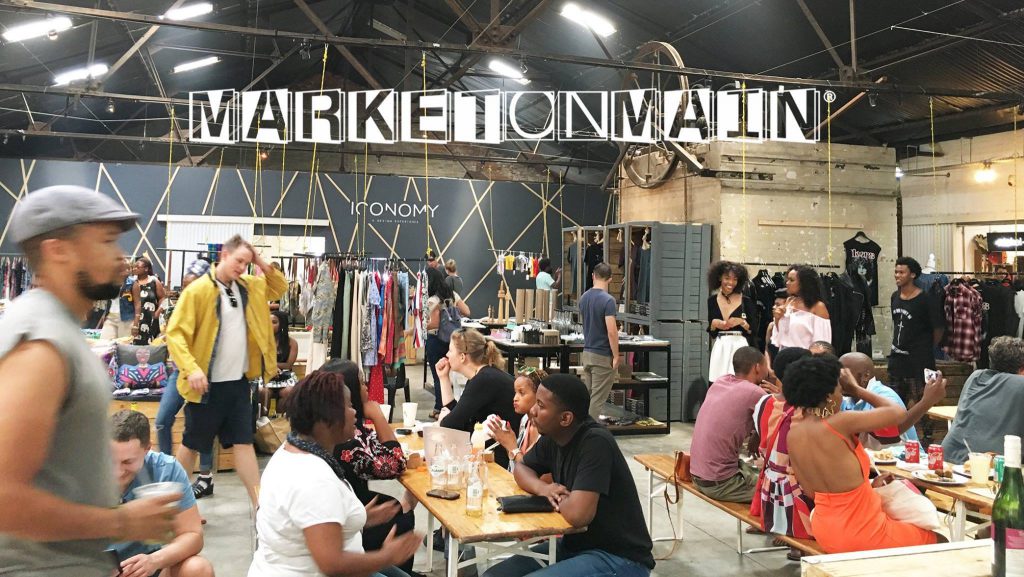 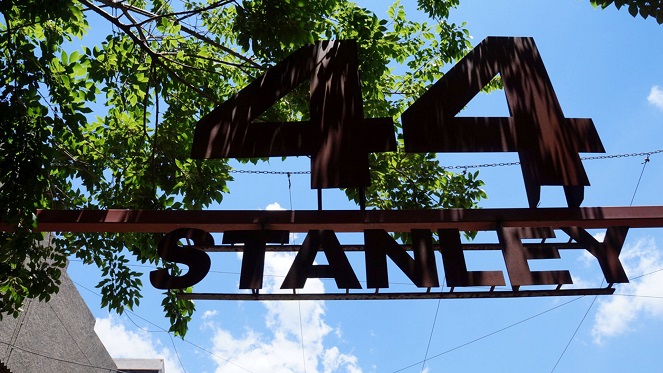 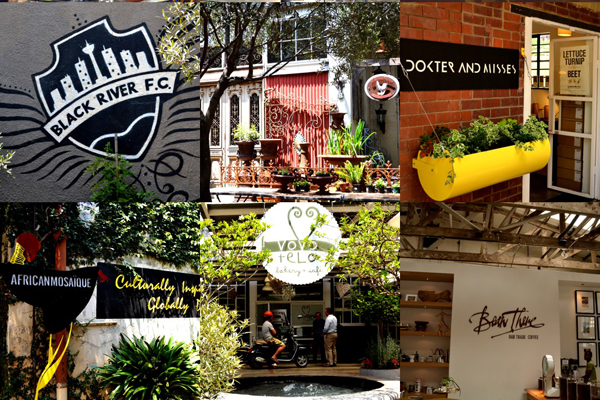 Eating out is cheap and easy.  It really is often cheaper to eat out than in!!  As well as plentiful local restaurants, most malls have a good range of restaurants from your standard fast food places to some really high end restaurants!  South Africa has managed to hold back the onslaught of many of the international chains and so some of the names will be unfamiliar: 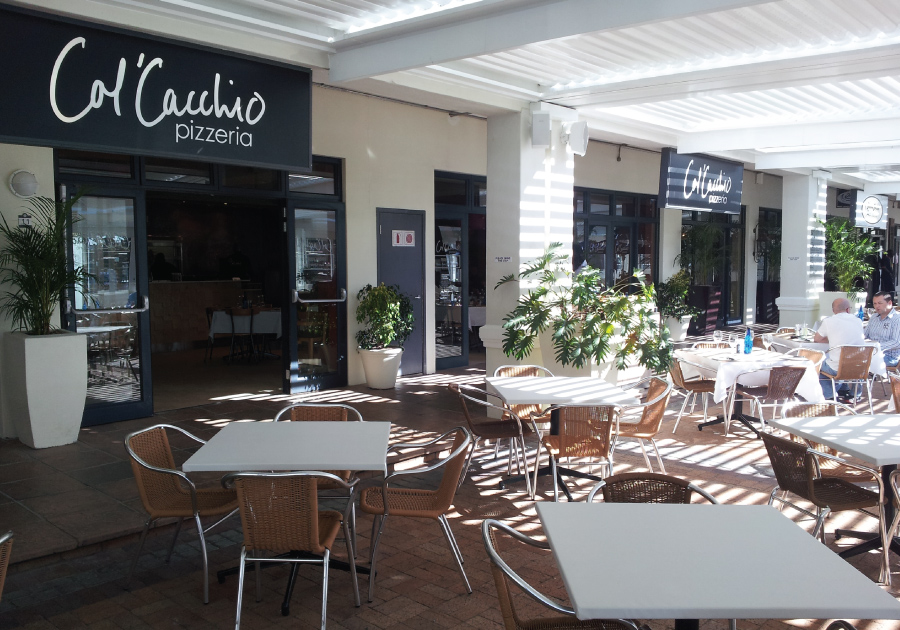 For more information on restaurants

Pubs or as close as! 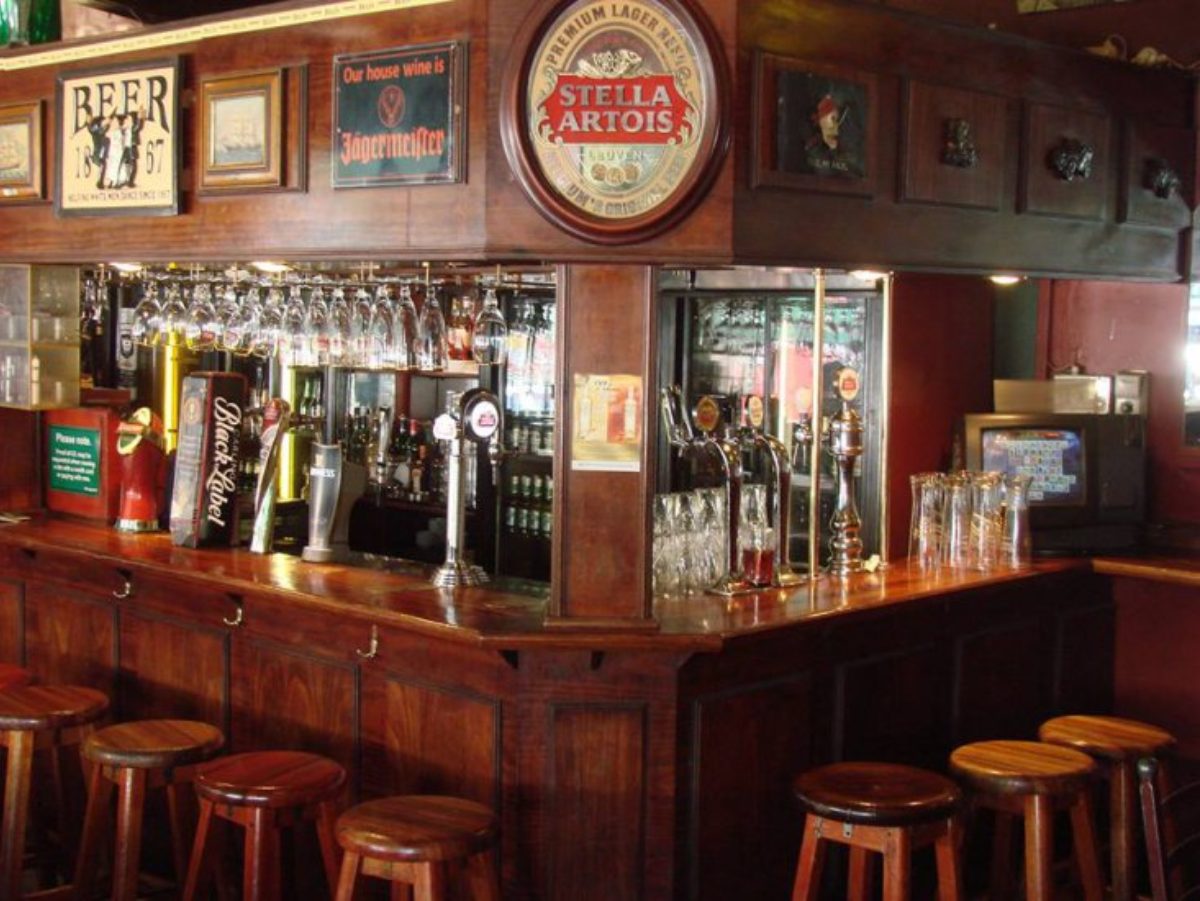 Johannesburg has one of the most amazing climates in the world making it a fabulous place to exercise with everything on offer that you would find in any country.

Both mountain biking and road biking are very popular in South Africa.  The Cape Argus is the largest mass participation road biking event in the world and takes place every March.  Johannesburg has its own annual cycling event, the Momentum 94.7 which happens every November.  www.cyclechallenge.co.za 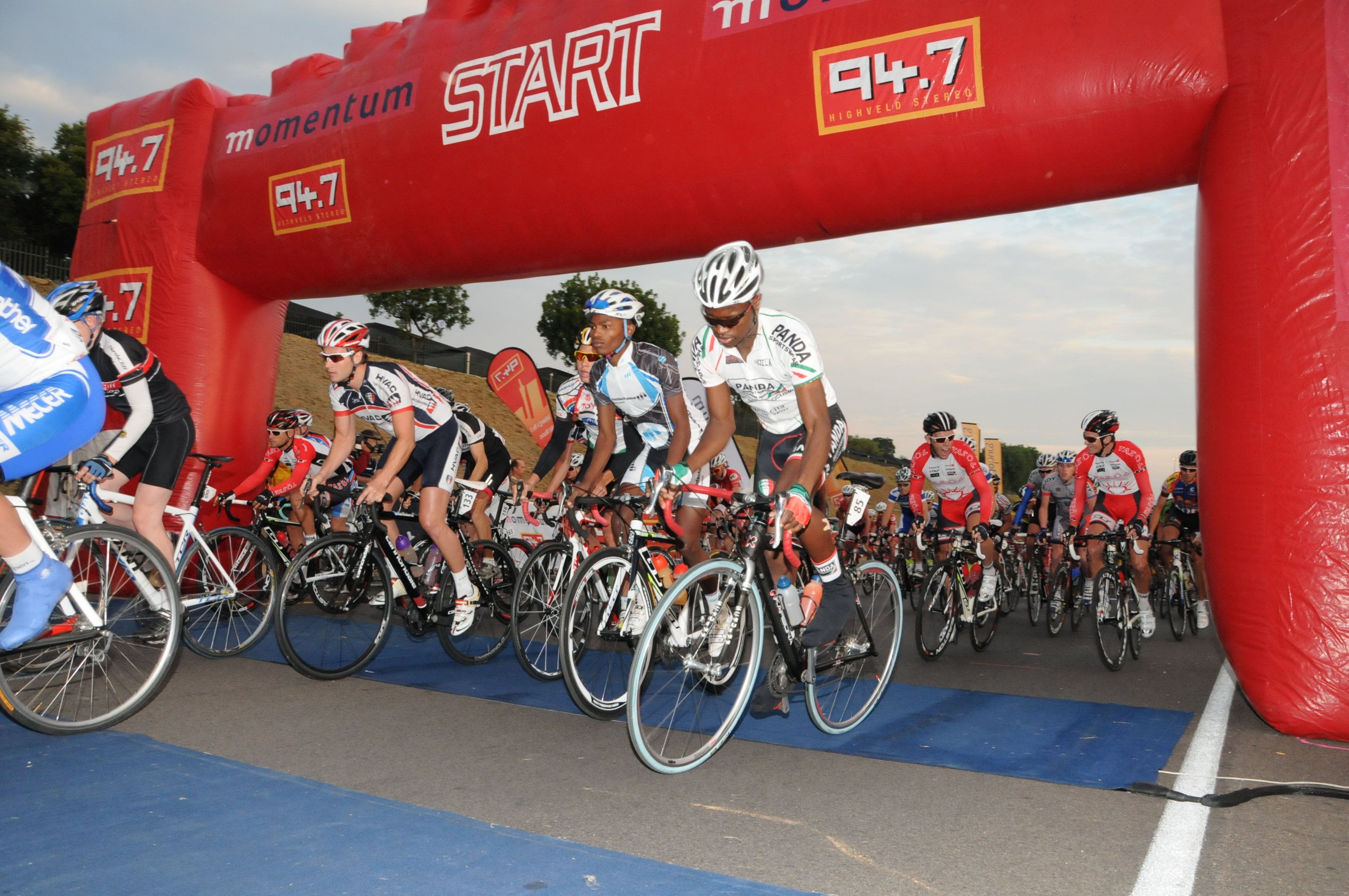 People tend to join cycling clubs rather that riding on their own as it is much safer to be in a group.  Be aware, you will be expected to start cycling before the sun comes up!

South Africa is the premier golfing destination in the world, there are some fabulous golf courses in and around Johannesburg and the prices are very reasonable.  Here are a few…. 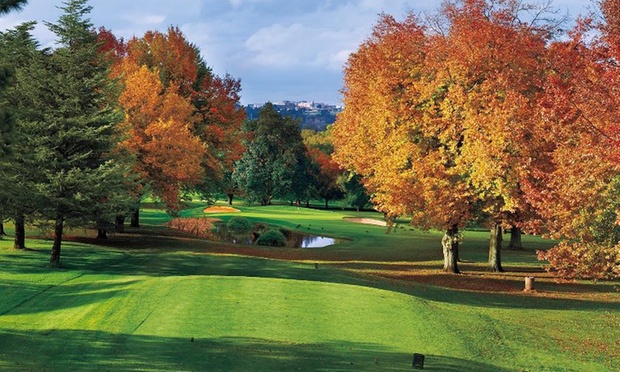 There are two major gym groups in Johannesburg; Virgin Active www.virginactive.co.za and Planet Fitness www.planetfitness.co.za. They both have fabulous facilities and are dotted around the suburbs.   Gym culture in South Africa is huge and you will find during peak hours most of the gyms are packed.  As an expat when joining a gym you will need to produce your passport and address verification.

Rugby is one of South Africa’s big three sports, alongside football and cricket.  For many South African fans  rugby is a serious matter, a source of bursting pride and joy or shattering disappointment.  There are many school boy rugby clubs around the country.  I have to mention Pirates as I have spent so much time there over the past six years.  The club caters for boys from the ages of 7-13 www.piratesclub.co.za 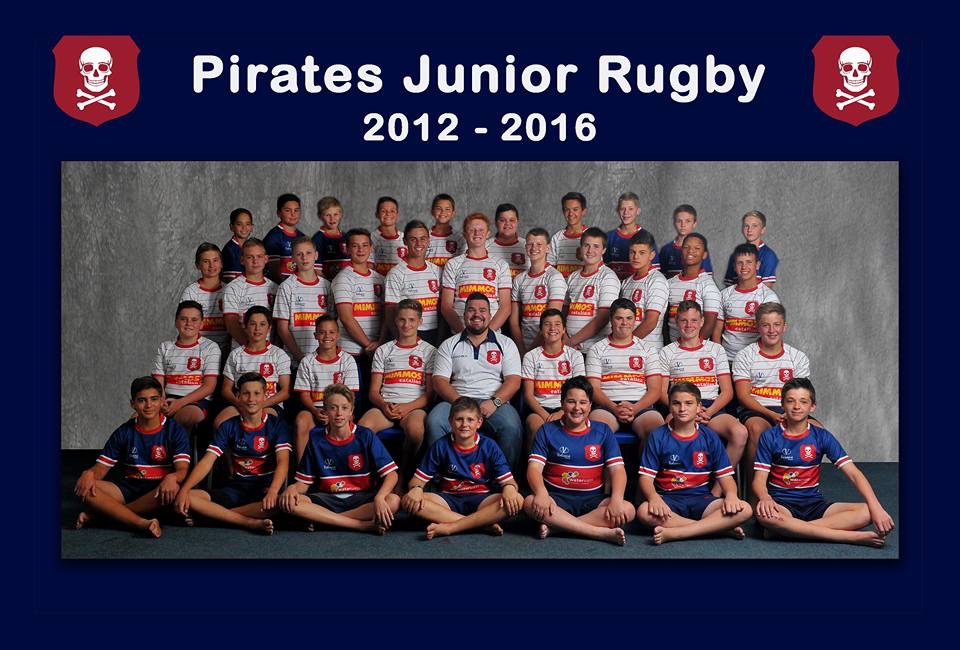 Emirates Airline Park in Johannesburg is the home of the local Xerox Golden Lions Rugby Union, the local team. 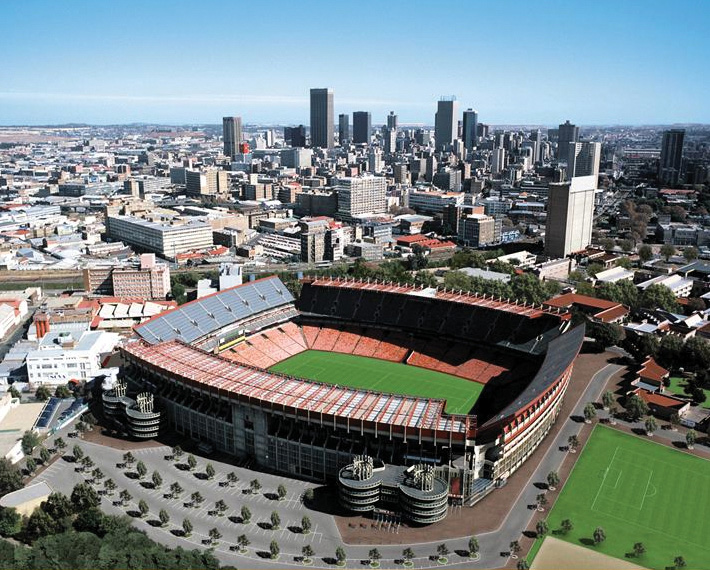 Other rugby clubs in the Johannesburg area:

Another rugby initiative is The Titans which is aimed at providing a platform for players that are not quite making provincial or selection rugby.  Titans assist in the development of these players and provide coaching and an insight at a level to which they are trying to evolve. www.titansrugby.co.za Contact: 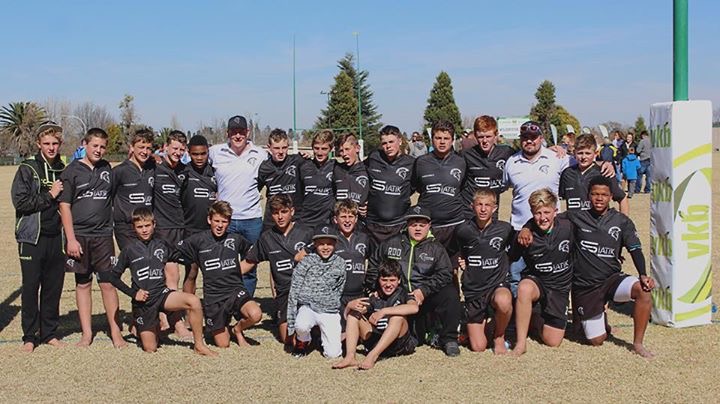 I run on the roads and always run with the dog as well as having my wits about me.  Just be careful as you would in any country.  One of the best websites to go to if you want information on running clubs, races, fun runs, marathons etc is www.runnersguide.co.za

Trail running is a huge sport here and becoming more and more popular.  Trail running events take place in a variety of breath-taking and often wild locations. They range from one-day to three-day events, catering for the adventurous sports enthusiast.  All events are family friendly and cater for families with KidZone facilities.

Have a look at the following websites. trailmag.co.za and www.trailrunning.co.za 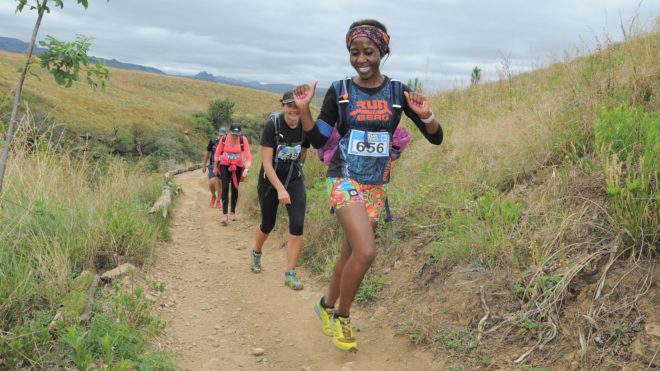 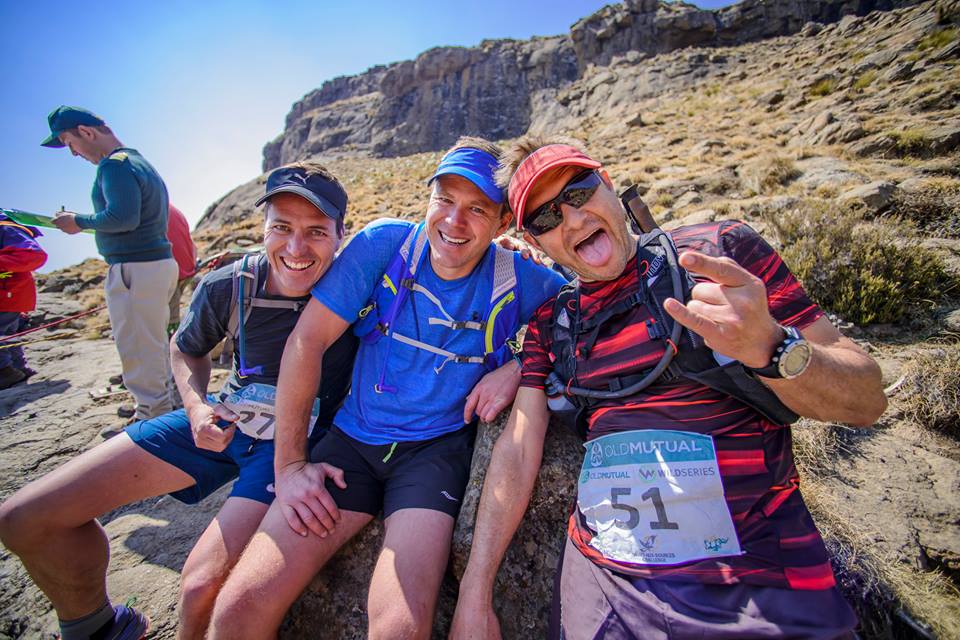 Feeling on top of the world at the Old Mutual Wild Series Mont-Aux-Sources Challenge…Beautiful conditions, spectacular setting and adventurous runners, this event had it all – and is certainly not for the faint-hearted with climbing up chain ladders and scrambling down the Gully. "This is an awesome experience, my first one and I really didn't see this coming. This is a challenge for sure." #MAS2017 runner.Come on a visual journey with us as we take a look at this stunning clip of highlights from the event, by Danegerous Pictures.For results race results, visit: http://results.finishtime.co.za/results.aspx?CId=35&RId=10020WildlandsJonsson WorkwearEzemvelo KZN WildlifeTime FreightKZN Trail RunningRunner's World Magazine South Africa

Posted by WildSeriesTrail on Sunday, 10 September 2017

It is so important, absolutely critical that any child moving to or living in Johannesburg must learn to swim as soon as possible.  Most houses have swimming pools and are usually covered or have fencing around them but it is not worth unnecessary risks. 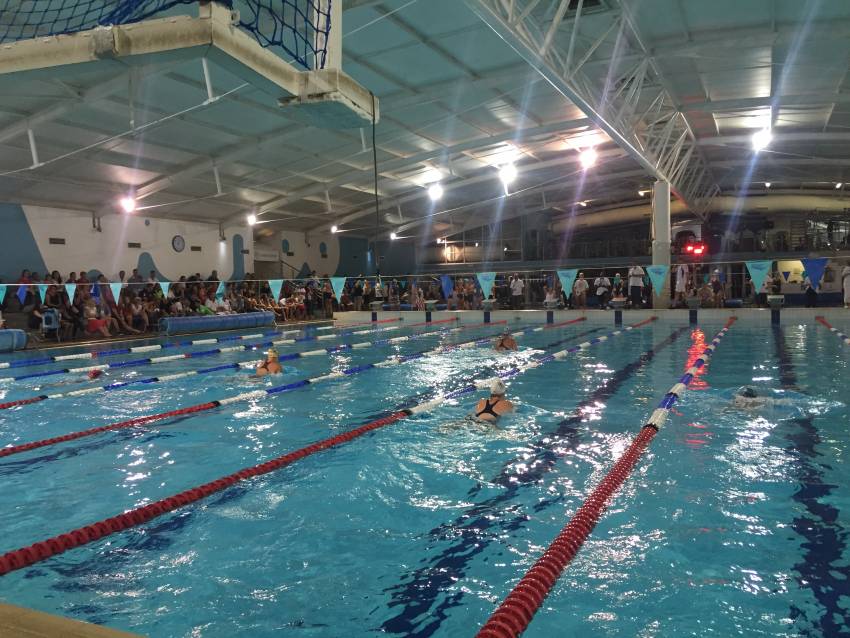 Carla Farina has been coaching for 11 years and this year in August 2017 she opened her own tennis academy.  Game Set Match Tennis Academy which was an absolute dream come true for her.

Carla writes “I have so much passion that I want to share and would love to give you the option to try out one of the many offerings I have and test it out for your self.  I am an avid trail runner and am in the process of raising funds for Wildlands Conservation Trust and am completely crazy but in a good way.

I am absolutely passionate about children and honestly believe there is so much to learn through sport that goes far beyond the court.  I see myself as a mentor and leader to the children I coach and hope that I can, even if in the smallest way possible add value to their lives. 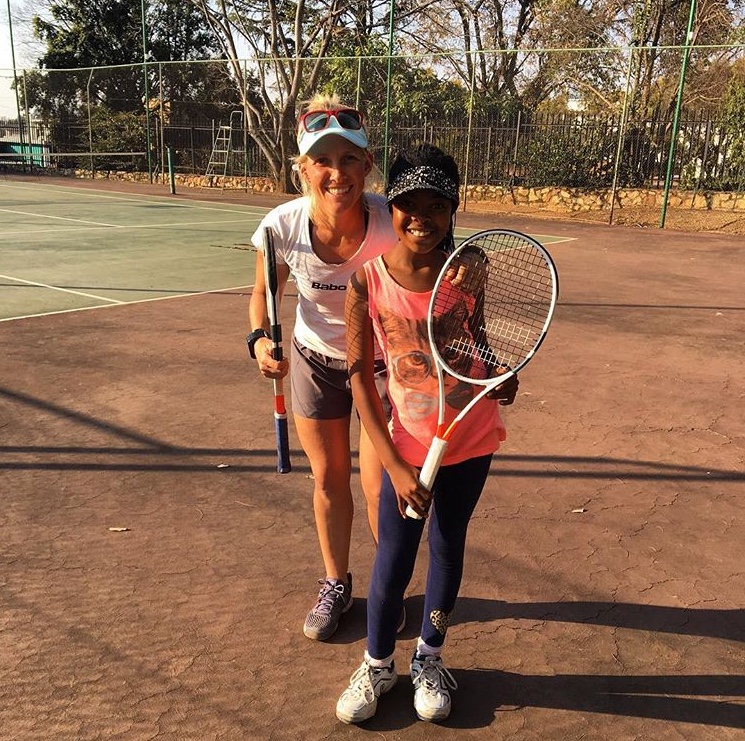 Yoga
Some of the gyms have yoga classes but for more specialised classes such as pilates, a good friend of mine has a fully equipped studio, offering both private, one on one and group classes, it is conveniently situated just five minutes from the Sandton CBD, Bryanston, and surrounding areas.  A lot of her clients are expats! 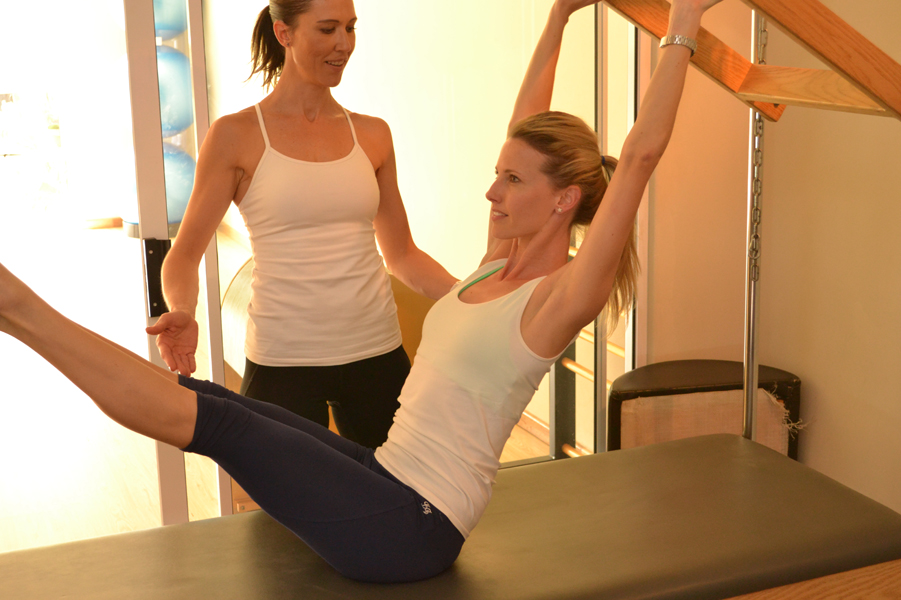 TIA (This is Africa!) MOMENTS, QUIRKS AND RANTS

Everyone has them and they can be very frustrating…

There are 11 official languages in South Africa but most people can speak English. 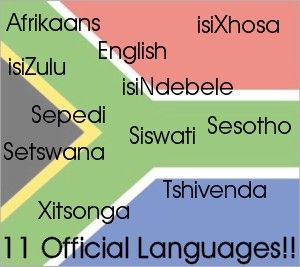 A few words that come up a lot over here……. 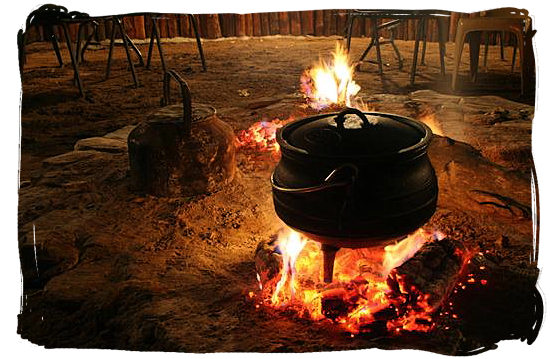 Turning circle – Round-about (These are usually treated as 4 way stops rather than round-abouts!)

Gumboots – Wellington boots (They even have a gumboot dance!)

Shame – This covers most things! Anything from someone’s hurt to dead!

Heozit/Howzit – How is it going? How are you? 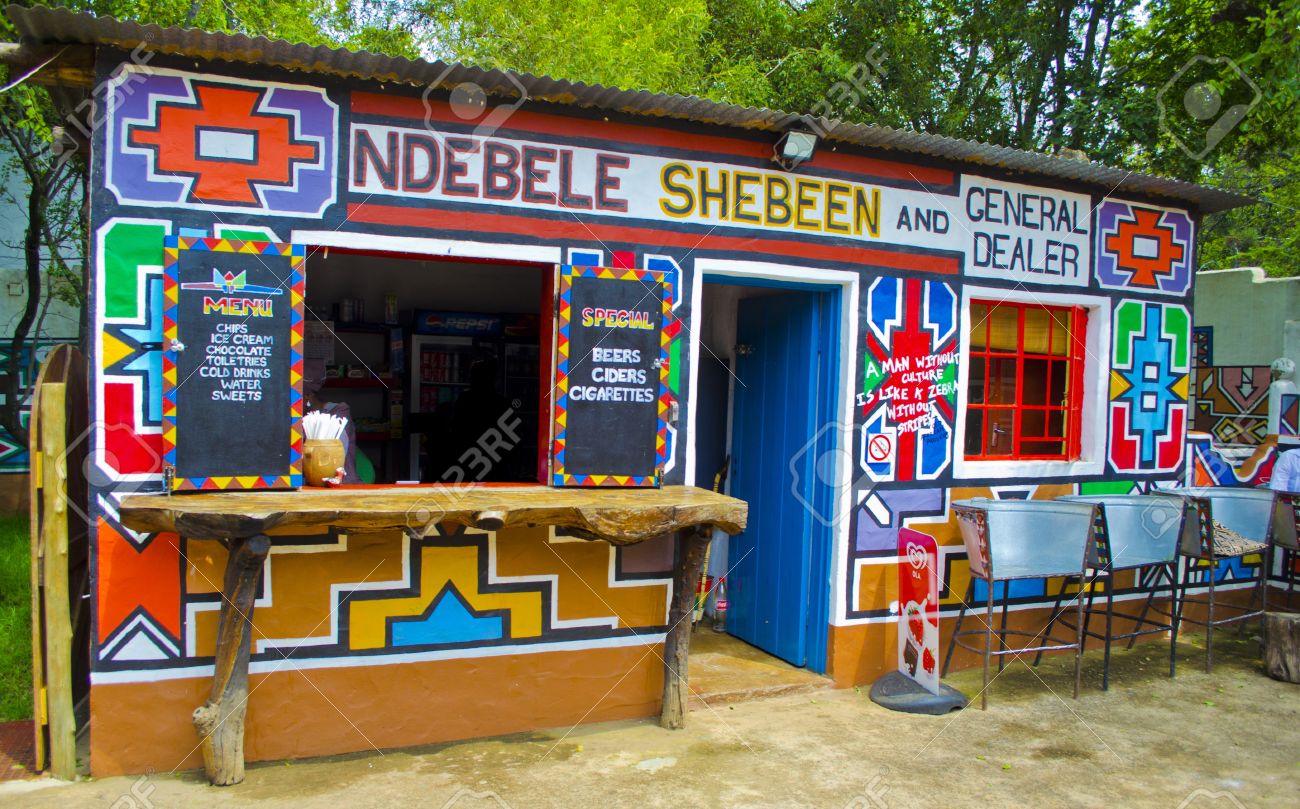